These days the farm is a blank canvas, a landscape draped in snow. It might be easy to only see our animals, content in their winter quarters but to do so would ignore all the wild animals who share our farm. We’ve seen the tracks of the smallest residents, red squirrels on up to the biggest, a moose!

We’ve had a number of unwelcome visitors over the last few weeks. One was the only North American marsupial, the possum.

I regret that we didn’t inspect this one further to determine whether male or female. If female we could have checked its pouch for joeys, but when you look that face…. you change your mind about getting too close!

Ever brave, Rye went in to check things out.

And while opossums are a fine addition to your yard, (here’s why) they are not permitted in our chicken yards! Rye bravely crawled under the hen house and sniffed ever closer until we decided he should probably observe from a safer distance.

On of our other visitors has been around since last fall. An adult red-tailed hawk has spent much of its time scanning the big field for rodents. But, perhaps since our Rye is such a competent mouser or because the snow is now fairly deep the hawk has turned to other prey – chicken!

This series of photos documents his flight into the pasture, through his successful hunt and departure (click for larger images). The neat part about this visit was that the hawk sat and watched from the tree in the background for over an hour before flying into the pasture. Then, once on the ground inside it waited another 30 minutes for its opportunity to strike. I have to admire that patience.

Where is that hawk? 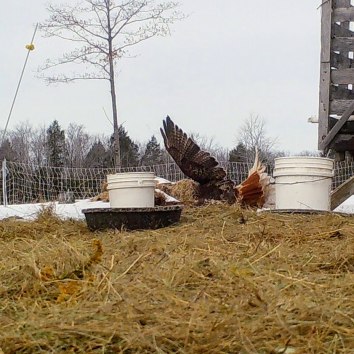 Since the hawk is busy

We can still see him, sitting up high

One of our other frequent visitors is another avian carnivore, a great horned owl. We caught this owl’s photo on our game camera. In the photos below you can see an owl arrived, saw that we’d left him a dead chicken (set up as bait) and then returned an hour later to dine on the leftovers. The game camera helps us get a positive ID and to better understand the animal’s behavior and habits which in turn can help us to deter it. 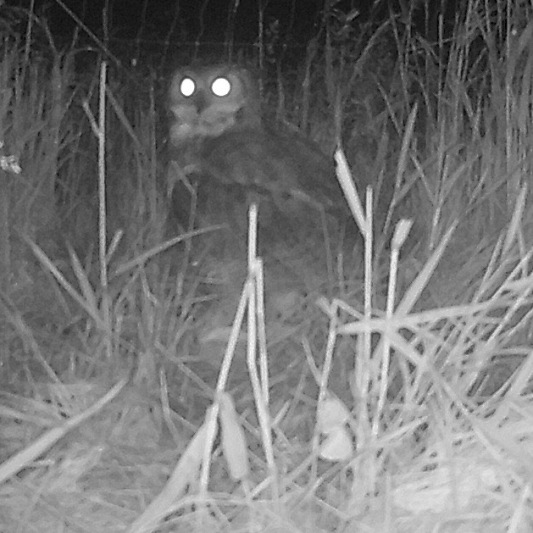 For the past few years we’ve been using our Emden geese as guardian animals. Since geese don’t normally sleep at night they have worked well for us. However, they aren’t 100% effective and our regal avian predators seem increasingly undeterred. So, we’ll be adding a livestock guardian dog to the farm this season. One of these rugged and adorable Great Pyrennes pups will be joining us in March! 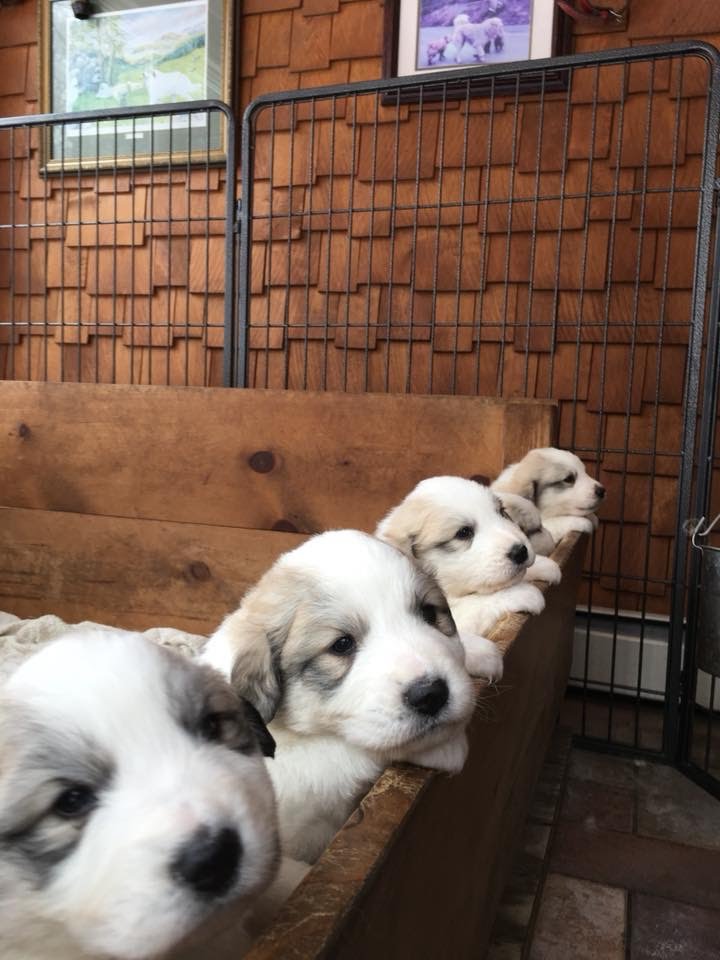 Photo courtesy of Peter Sannicandro, Guardians of the Honey Hive.

We found Peter through Geri Vistein founder of the Farming with Carnivores Network. Geri is a wildlife biologist who has helped us to understand the benefits of biodiversity on our farm. Geri and I were joined by Deb Perkins and Mort Moesswilde in a recent presentation about this very topic. You can read more on Deb’s website, First Light Wildlife Habits.

Curious about how to co-exist with wildlife? Check out this great resource from the State of Maine!